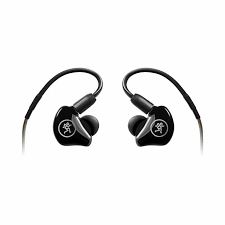 A friend in the pro audio business that I had not heard from in a while called last week.  He wanted to order batteries,  and we spent a few minutes talking about how things were going with his shop.  During  the conversation, he shared something with me that reminded me why I started working as a sound person over 30 years ago.

We were talking about in-ear-monitors, those little ear pieces that you see lots of performers wearing.  They have replaced the bulky and loud floor monitors that have been in use for many years to help musicians hear themselves and each other.  Floor monitors are seen less and less

My friend was ordering batteries for his company’s in ear monitoring systems (iem’s).  I told him that I was surprised that they owned any, since I had been under the impression that most musicians carried their own systems.

He shared with me that  performers still get their own custom molded ear pieces, but that fewer and fewer of them were carrying complete systems.  Instead, they were choosing to have the sound companies provide most of the hardware.

One of the reasons that pro audio has become such a big business is because musicians were simply never very good at dealing with the technical side of the performance.  They have a completely different set of skills.

I migrated from performing to being a sound person because I was the only one in the band who was interested in setting up speaker arrays, wiring stages and driving trucks. Being “first in and last out” is not  high on the list of most performers priorities.

This attitude seemed to have extended itself into the area of  personal in ear monitoring.  My friend shared with me how often musicians were showing up with broken monitoring equipment, mismatched components and systems that they did not understand how to operate.  It finally dawned on him that the only way to solve the problem was to invest on some systems himself and make them available to touring performers.

As long as concert performers require complicated technical systems to communicate with their audiences, the place of the pro audio company is safe.